During the first part of 2021, a leading offshore wind developer disclosed that a potential array cable fault could affect multiple developments in their portfolio, spanning the UK and Continental Europe.

It was reported that continuous movement of the cable protection system (CPS) across installed rock scour at certain wind turbine generator (WTG) foundation locations was causing excessive abrasion, which was so severe in some cases that the inter array cable contained within the CPS was at risk of also wearing through, exposing power cores to the potential risk of eventual failure and loss of generation from the affected string.

The CPS, often constructed from polymer, is designed to shield array cables from external factors such as overbending during installation, dropped objects, and fatigue due to free span where the cable exits seabed burial and transitions into the WTG foundation.

Almost one year following the announcement, Rovco has observed a change in requirement among many offshore wind farm owners and operators, who are increasing inspection frequencies across a growing number of locations within their annual inspection regimes surrounding these critical components. This, combined with a higher level of scrutiny being applied in a move from general to close visual assessments, ultimately leads to mounting costs as scheduled durations of offshore campaigns increase.

As Engineers, OEM manufacturers, and installers learn from legacy issues and adopt more informed methods of analysis to design out the risks, there are still many instances where detailed information is required to assist in understanding the current state and future predicted condition of these components. This will help inform the design of remediation and stabilisation programmes to slow or mitigate the impact of potential CPS movement and cables failures in the field.

Pinpointing the problems with precision

Typically, using tools such as ROV video footage and sonar, a visual inspection would help to identify areas of obvious damage (such as latching issues, separation of the system, or exposed areas of cables), and an estimate of the range and extent of defect could be determined. Such conventional techniques offer some degree of accuracy, however they often deliver limited viewing angles and fall short in providing adequate context or establishing the overall scale of the problem. Not to mention that they involve studying hours of captured footage.

Solving the CPS inspection issue is a textbook case where surveying with SubSLAM X2 technology can provide stakeholders with a level of accuracy, detail and perspective that no other technology can offer.

The first of its kind, SubSLAM X2 delivers live underwater 3D point clouds, creating a highly detailed reconstruction in real-time, allowing users to interrogate and view a precise model of the entire system immediately from the cable entry/exit point on the structure, along the entire length of the CPS into seabed burial. Unlike a standard visual inspection, SubSLAM X2 also allows the effects of reduced subsea visibility to be removed, enabling considerable lengths of cable to be viewed in one go. These CPS digital twins are perfectly scaled to the real-world including colour information, giving users a complete picture of the situation. This not only gives users a greater degree of coverage with the ability to zoom-in, rotate or fly along the models looking at the captured surfaces, but they can also examine the finer detail. Areas such as missing bolts and separation of the split half vertebrae are all viewable, allowing much earlier indication of potential future issues.

Combining this reference model with future inspection difference models, you have a very easy way to track changes over time, using metric data to give precise measurements and guide early informed decisions prior to potential failure. The utilisation of 3D point clouds provides quantitative analysis of assets, allowing stakeholders to monitor whether conditions are constant or deteriorating year-on-year. Through the automatic detection of key features or anomalies, SubSLAM X2 provides a more focused approach to asset monitoring and reporting. By leveraging AI technology, personnel can spend their valuable time on critical analysis and management, rather than watching hours of video footage.

From one single scene that can be viewed on any device, anywhere in the world, users have a complete overview of the problem at hand, together with all the information they need to start talking about solutions, as well as the facility to take real-time or post-inspection measurements to calculate volumes under free span areas or along lengths to inform potential remediation techniques such as under pinning or stabilisation by rock/grout bag placement.

But the advantages of SubSLAM X2 extend much further than its easily digestible format.

Taking time, costs, and CO2 out of the equation

Things start to get even more interesting once a fault is discovered and inspection is combined with a remediation campaign.

SubSLAM X2 saves considerable time and money in its own right, but when used in conjunction with Rovco’s extensive portfolio of ROV capabilities and expertise, huge savings in mobilisation costs, project time, and vessel days are realised.

Enabling data to be live-streamed, SubSLAM X2 reduces the need for offshore personnel and allows asset owners to inspect data from the comfort of their own office, enabling them to make fast, informed decisions about where remedial work are required.

Looking forward to an autonomous future

Casting an eye to the future, we are entering a new era in offshore wind developments, as they start to age. With this prospect in mind, the industry needs to accelerate the research and development around new solutions and embrace new technologies.

Looking forward, we are excited by the prospect of combining an AUV with positional awareness and AI, which could autonomously roam around an offshore wind farm capturing detailed models of critical components. We believe this is the future – and it’s not far away.

Inevitably, this would bring further advantages in terms of cost and time efficiencies, as well as reducing emissions in our efforts to tackle climate change.

For more details about our cutting-edge suite of subsea survey solutions, email sales@rovco.com to arrange a chat with the team. 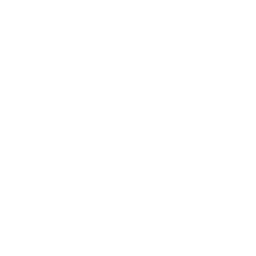